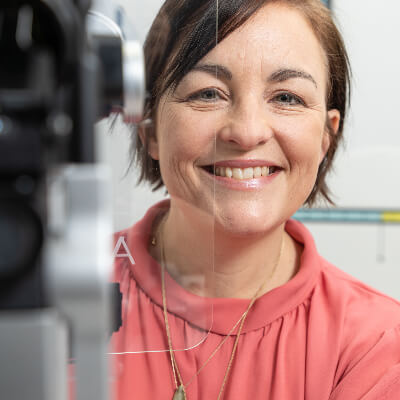 Jenny graduated from the University of Melbourne in 1998, after completing an externship in Nepal. As she grew up in rural Victoria, she spent the next few years working in Bendigo and Maryborough, before moving to Adelaide. In 2016 she and her husband Kurt proudly started South Coast Optometrists, which was previously known as Graeme Jenkins Optometrists. Jenny has a passion for patient care, loves working with children, and you'd be hard pressed to find a sunnier personality. She has two sons who continue to pretend they aren't impressed that she can solve a Rubik's Cube in under three minutes.