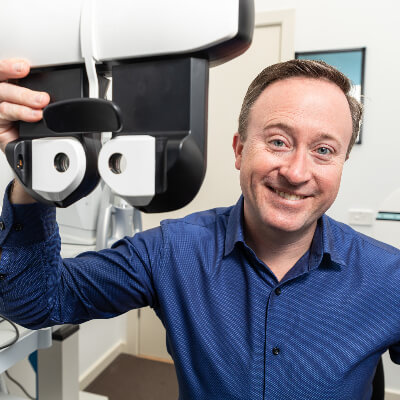 Kurt graduated from the Queensland University of Technology in 1997 and began working in independent private practice in Brisbane. He moved to Adelaide in 1999 for what was originally a six month stint that's turned out to be two decades! With an interest in ocular diseases he completed his therapeutic qualifications in 2012. Kurt and his wife Jenny were proud to start South Coast Optometrists in 2016, which was previously Graeme Jenkins Optometrist. He has a passion for optometry and caring for families in the local area. He has two sons, is an amateur beekeeper, and is a past president of Optometry South Australia.